I started college at the University of Akron and was a member of their radio club callsign W8UPD. As with most things in ham radio there were plenty of older radios and quite a bit of history in the desks and filing cabinets.

While digging through one of the desks on a random night I ran into a map of the Ohio area packet radio network dated September 25, 1991. In this map most major cities were connected to one another, albeit rarely with anything over 4.8kbps.

I’ve uploaded it here for others to enjoy. 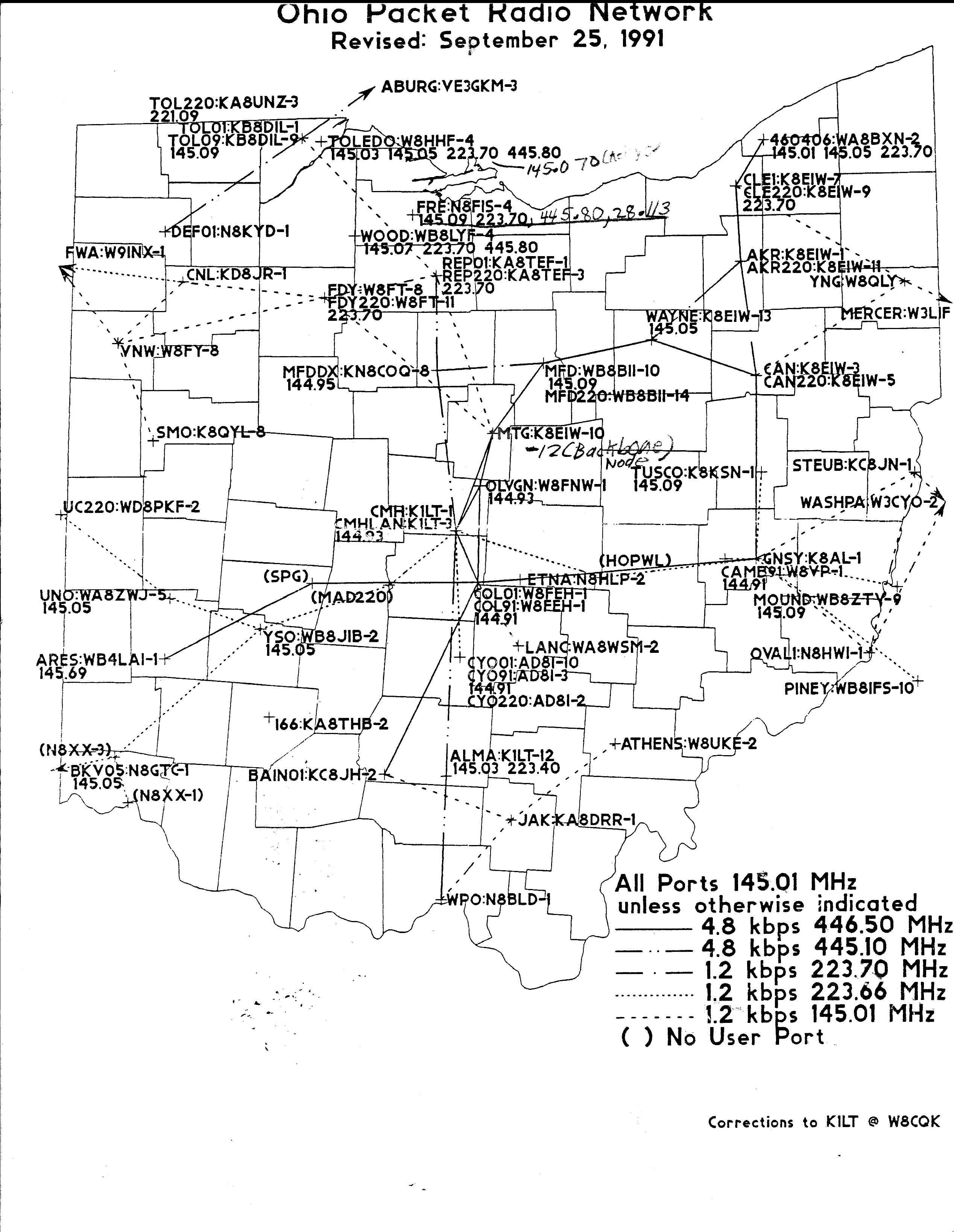 Maybe in time we can have another similar digital radio network with radio links between population centers.

A quick list of callsigns in the packet network map above (arranged generally north to south):