Flight NBP4 of the NOEXC high altitude balloon program is being constructed, and needs an antenna. I’ve documented my work on that part of the project here.

In our previous high altitude balloon work we have used J-Poles made from copper foil on card paper. They’re great for being low mass, simple construction, and very cheap.

They’re not perfect for high altitude ballooning though. They have a null running along the axis of the antenna. In our case this happens to be directly below and above the balloon. As we approach being directly under the balloon there is a very noticeable decrease in signal strength of the telemetry. It becomes weak to the point of being hard to copy.

A J-Pole antenna is also vertically polarized. Polarization difference in the antennas can produce deep nulls that affect reception of the telemetry.

The antenna requirements for a high altitude balloon are similar to that of a satellite. An ideal antenna for high altitude balloon telemetry would be one the produces a pattern towards all of the visible surface of the earth, about 0deg elevation to nadir or -90deg. The antenna should also be circularly polarized to help reduce cross polarization effects.

A crossed dipole configuration, with elements that are phased 90 deg from each other, is an excellent candidate for this purpose. This antenna is commonly called a Turnstile antenna. A reflector placed a quarter wavelength below the crossed dipoles reflect the waves back and produce a pattern favoring a direction opposing the reflector. (Without a reflector the antenna produces a pattern which favors both directions along the axis: the “figure eight” or “doughnut” pattern). The reflector can be a number of different configurations. Here we will use two crossed dipoles.

To phase the two crossed dipoles we will use a quarter wavelength section of coax. In my construction I’ve use RG-174 because it is light weight, thin, and cheap. For such a short run the small loss this coax will produce is negligible.

I started off by constructing the usual turnstile + reflector configuration and looked at the resulting plot.

Hmmm. It looks good but I see a few things that I don’t exactly like for the particular application that we will be using it for (a high altitude balloon). This antenna will be mounted beneath the telemetry payload, pointed down.

We have a decent amount of directivity at 6.47dBi aimed directly down. This will help resolve the null aligning problems of using two vertical antennas. However the directivity under 30 degrees rolls off quite a bit and is a little concerning.

I decided to play with the reflector distance to squish the pattern a bit. At a spacing of 0.5 wavelengths the pattern looks a bit better for the application. 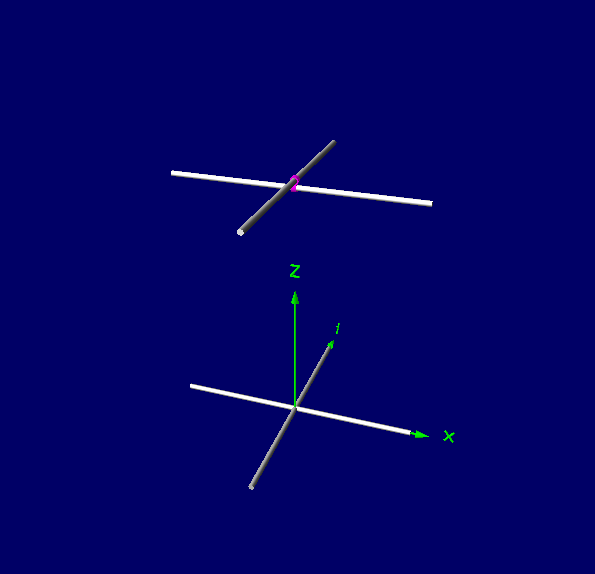 The far field radiation pattern with the new spacing: 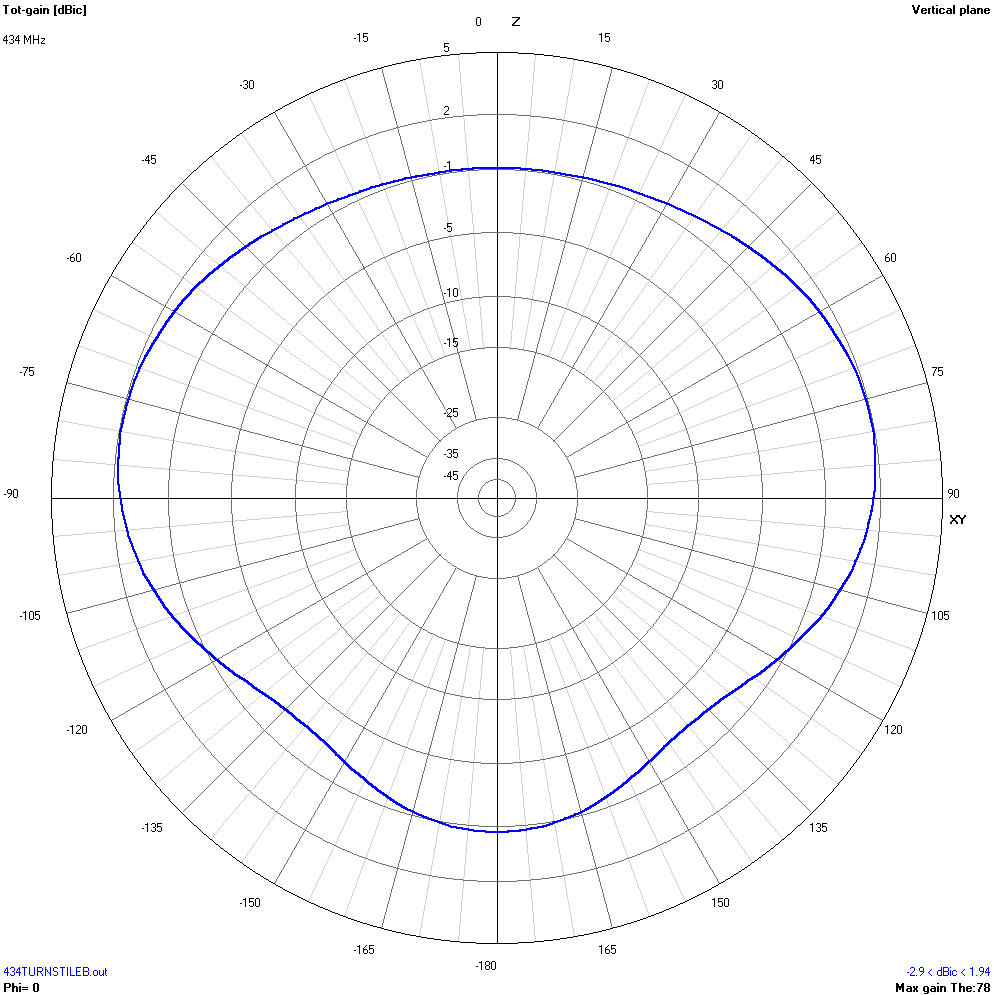 The maximum directivity has been significantly reduced from the normal quarter wavelength spacing at -0.91dBi. Lets take a closer look at how the antennas compare. Placing them on the same graph reveals a lot: 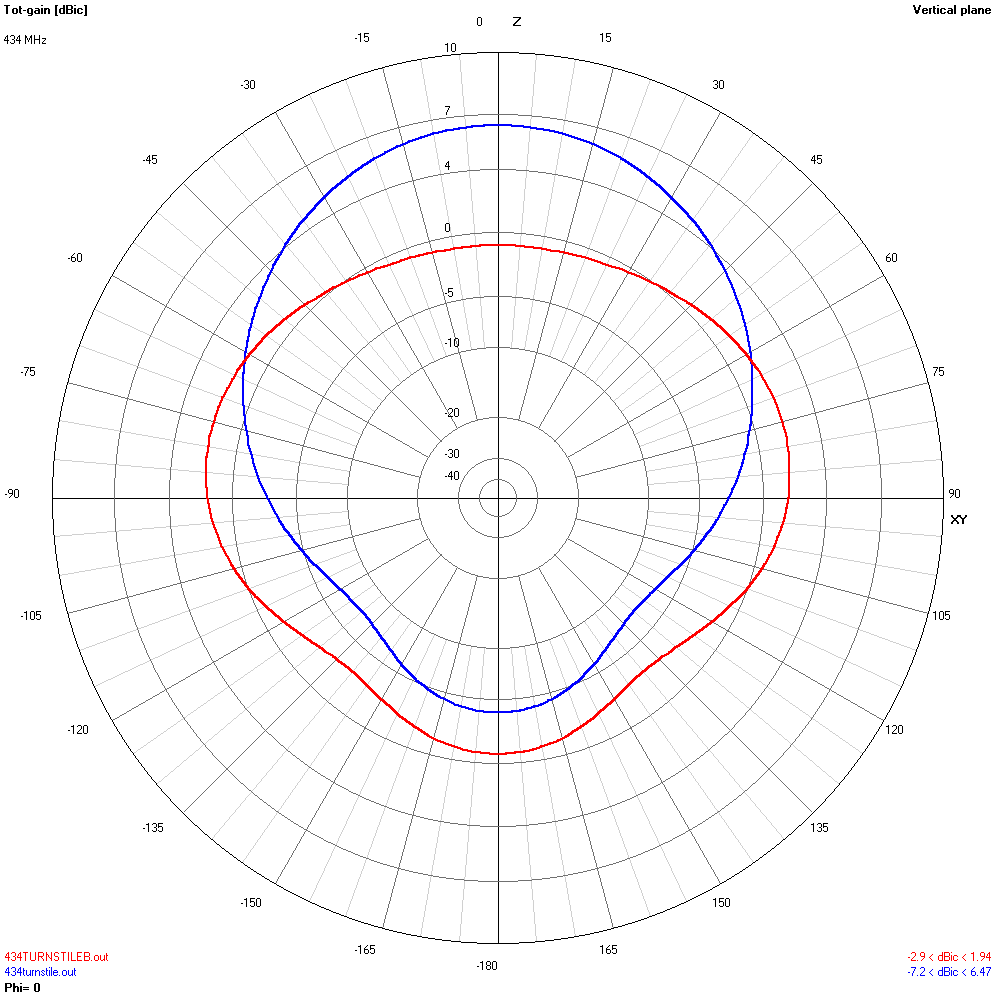 Lets compare the antennas at different elevations. Here I’m going to refer to the horizon as 0 degrees and directly down as 90 degrees (90 and 0 respectively in the radiation plots).

At 32km altitude the distance to the horizon is around 639km. Free space path loss is 141.3 dB and 115.3dB for 639km and 32km respectively, a difference of 26dB. The change in free space path loss alone justifies the reduction in gain directly below the antenna.

The 0.50 wavelength spaced reflector is better suited to the high altitude balloon application of this antenna.

I constructed a proof of concept antenna from 12 AWG copper wire, square wooden dowel, and RG-174 for the phasing line.

To produce right handed circular polarization we need to connect the secondary dipole to the first through a 90 deg transmission line, to the next element counter clockwise as we view the antenna from above (opposing the reflector).

The prototype antenna on a sanity check as satellite SO-50 passed overhead. 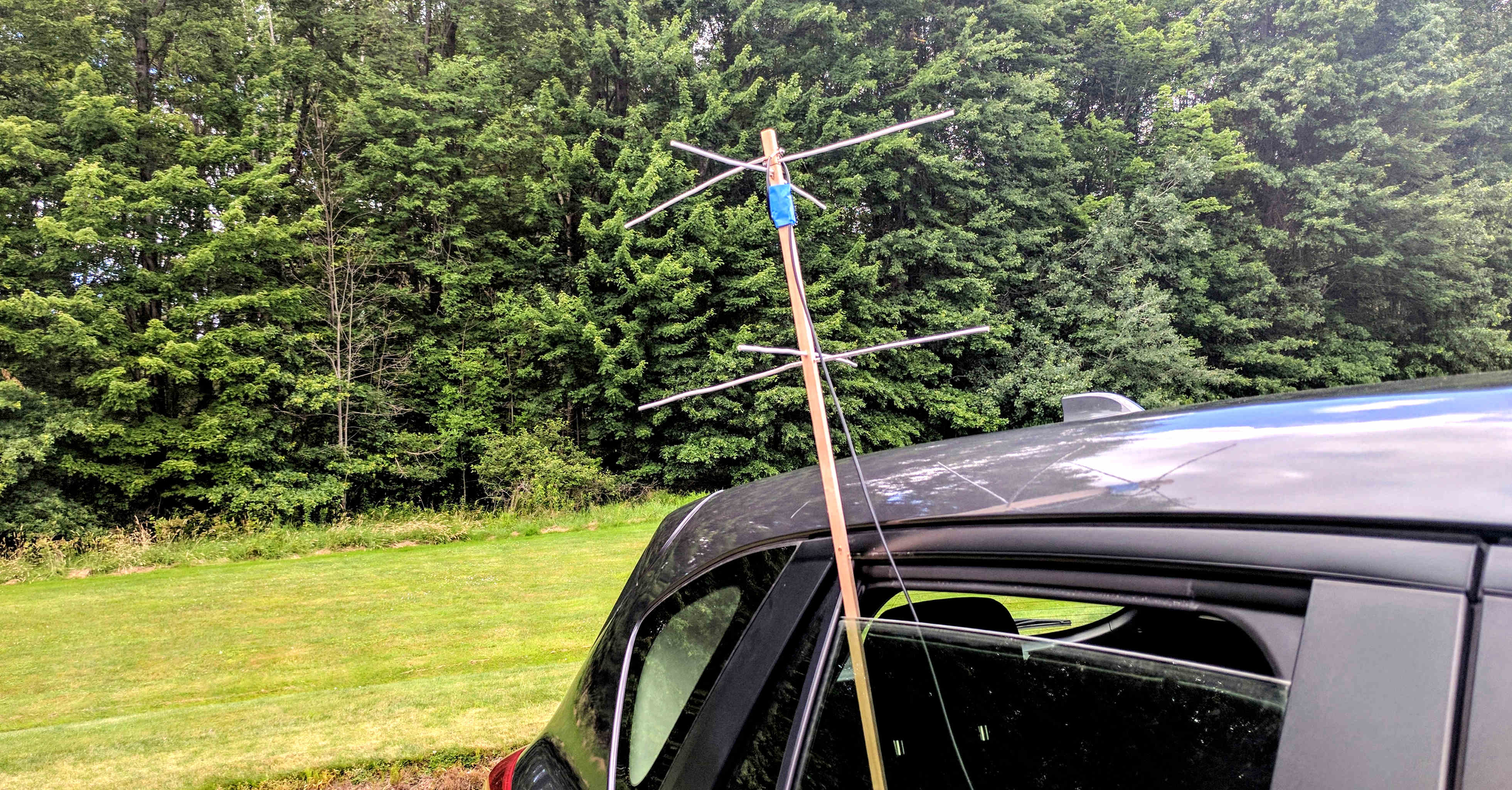 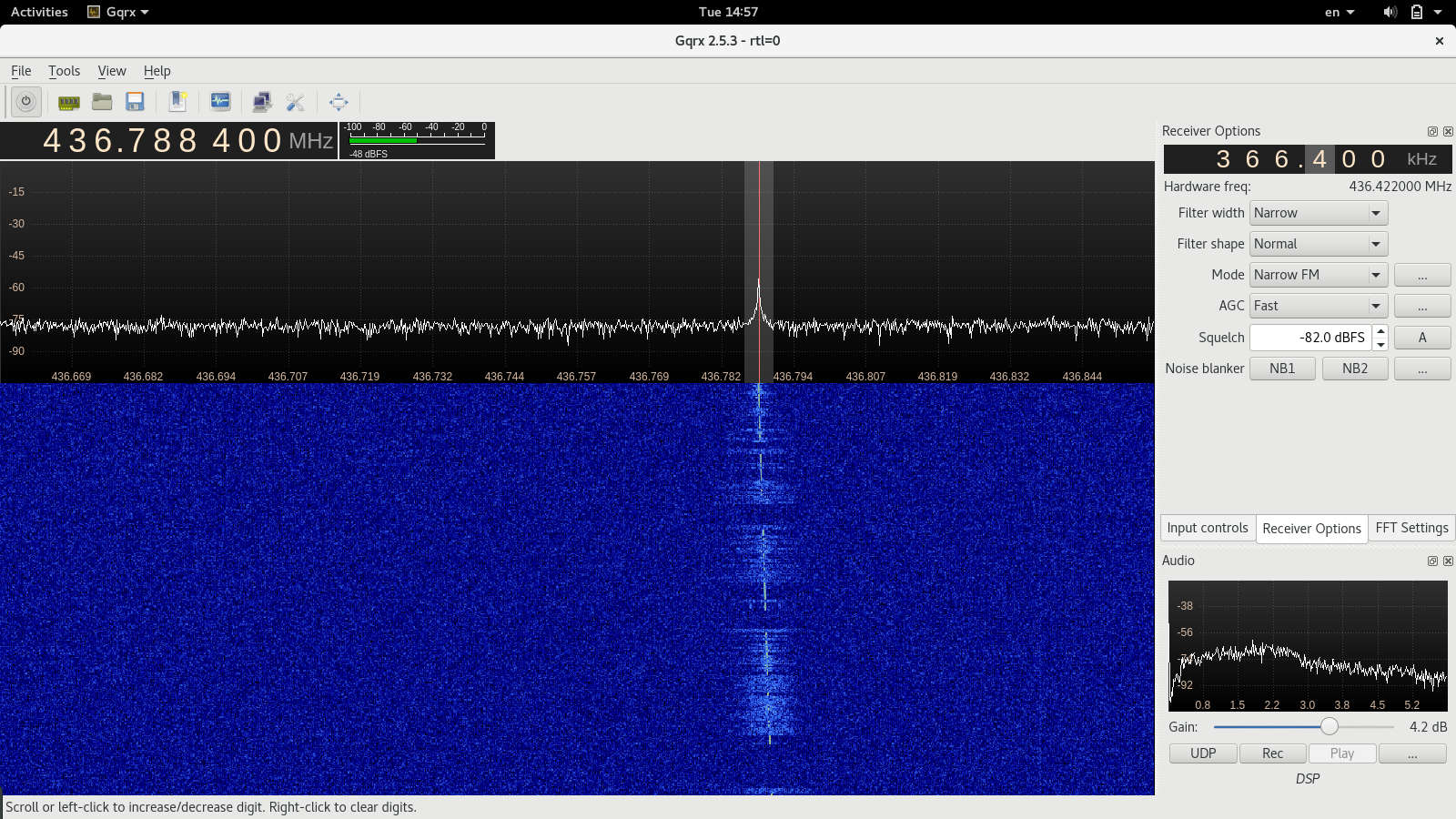 I need to do some further testing and matching of the prototype antenna and then build a more robust model for the high altitude balloon. I’ll save that for a later post.

Some very close readers might also notice that I’ve modeled the antennas at 434MHz. I’ve gone back and forth between 432, 434, 435-438 MHz for weak signal, balloon telemetry, and amateur radio satellite respectively. The frequencies are close enough that they all play well together.