Recently I have been working on a high altitude balloon flight model, working towards a full simulator for the balloon flights I’ve been doing with NOEXC. I first came up with a very simple model of constant ascent rate to get the ball rolling. After the basics were taken care of I wanted to work on producing a more realistic ascent rate model. I started by reviewing the NBP3 flight data and found some interesting and cool things. 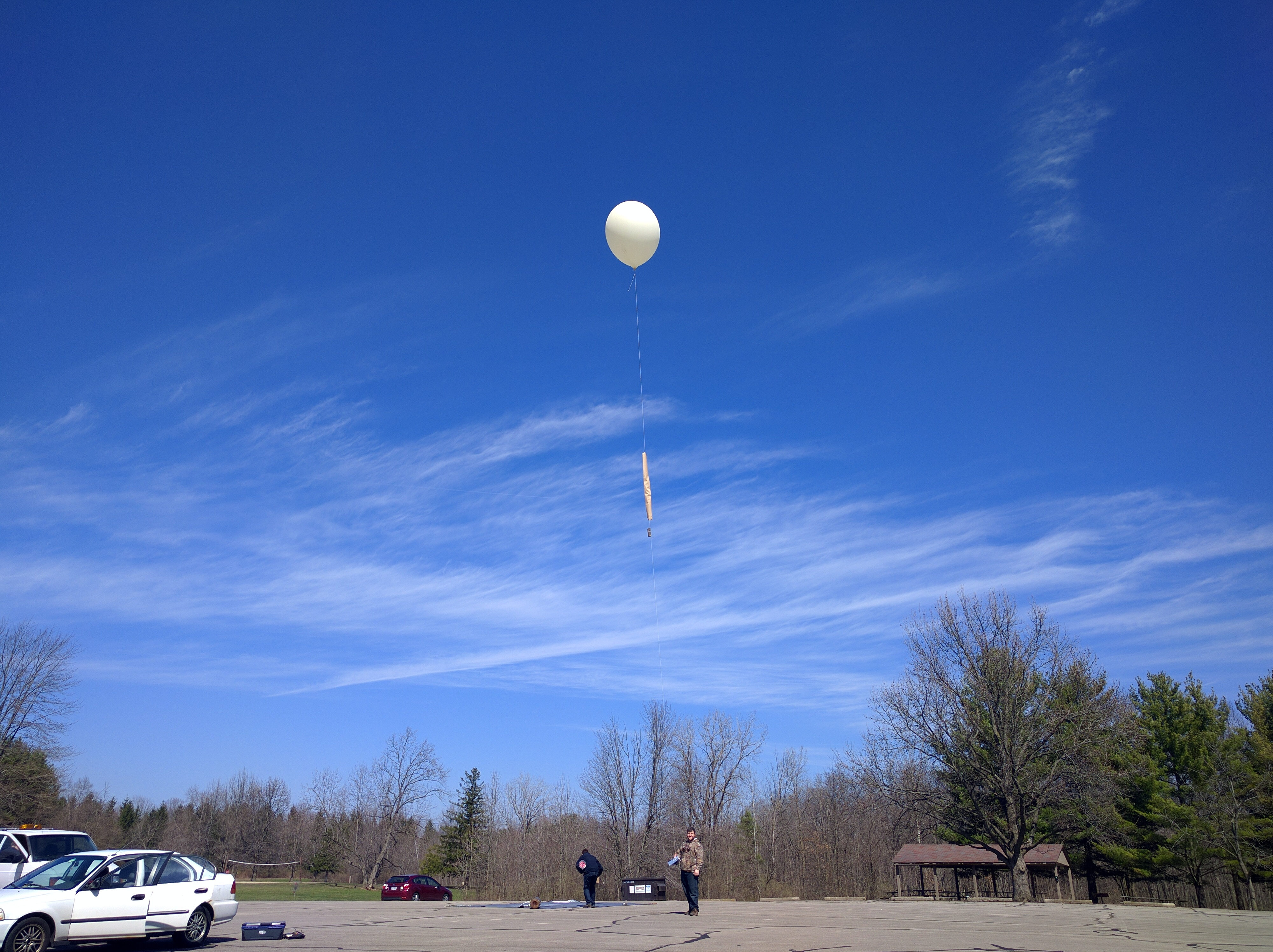 I went over data from our previous flights, which can be found at our github nbp-data repository. At first when we just look at the altitude of the NBP3 balloon over time we have a pretty boring, mainly linear graph. We started at 279m, the balloon ascended to around 31km, burst, and then we don’t have data from the descent due to failed telemetry (most probably an antenna failure).

The real fun is when we start looking at the ascent rate of the balloon (the first derivative of the altitude graph). I’ve come to learn there are a lot of interesting things in this graph as I’ve tried to explain everything about it.

The first, and most glaring, is that this graph is not linear. After we release our balloon, in general, our balloon should become more buoyant with altitude. This would show as an increase in the ascent rate of the balloon. In fact the balloon actually decreases in ascent rate until about 11km altitude.

At about this same altitude the temperature of the atmosphere plunges to a local minimum of around 216K in what is known as the tropopause. Our balloon also undergoes expansion from the drop in pressure at this altitude, further reducing the temperature of the gas inside the balloon. All of this reduces the buoyancy of the balloon and results in a decreasing ascent rate.

Until about 20km altitude the temperature remains unchanged. After this point the temperature slowly creeps back up only 12 degrees to 228K at 32km. At 47km this warming trend continues and speeds up to 270K at 51km. This altitude range to 51km covers all of what most balloons will experience.

Most of our balloons will burst around 30km. After our balloon has passed the tropopause the ascent rate begins to increase and continues to do so until burst, and when there is energy input into the balloon (from the sun and the surrounding atmosphere etc) the internal gas temperature will begin to match the outside atmospheric temperature.

What about the mess that doesn’t exactly match at the very beginning of the flight? Lets zoom in on that.

It looks like there is a lot of variability in the ascent rate which all of a sudden disappears at around 1.7km The period is when the balloon is in the section of atmosphere known as the Convective Boundary Layer. In this layer the effect of the surface influence the atmosphere above creating turbulence and mixing.

What’s interesting, and in my opinion very cool, is that we can see clearly when the balloon passes through this layer into the “atmosphere aloft”. The variability quickly dies and the ascent rate stabilizes. A diagram of some of the regions of atmosphere is shown below.

Towards the end of the graph, it appears as though there may be some sort of non-random effects going on. Lets zoom in on that area of the graph and plot an average.

Wow, a clear periodic effect that starts at around 23km and continues to burst at about 32km. The period of this effect, after looking at the ascent rate with respect to time, seems to be around 300 seconds, or 5 minutes. This is quite a slow period. If we produce a fit line and find the amplitude of the wave we come up with around 0.75 m/s.

I am most unsure about what causes this effect than any other I have previously stated, but I believe this periodic effect produced by atmospheric gravity waves (a.k.a. atmospheric buoyancy waves). 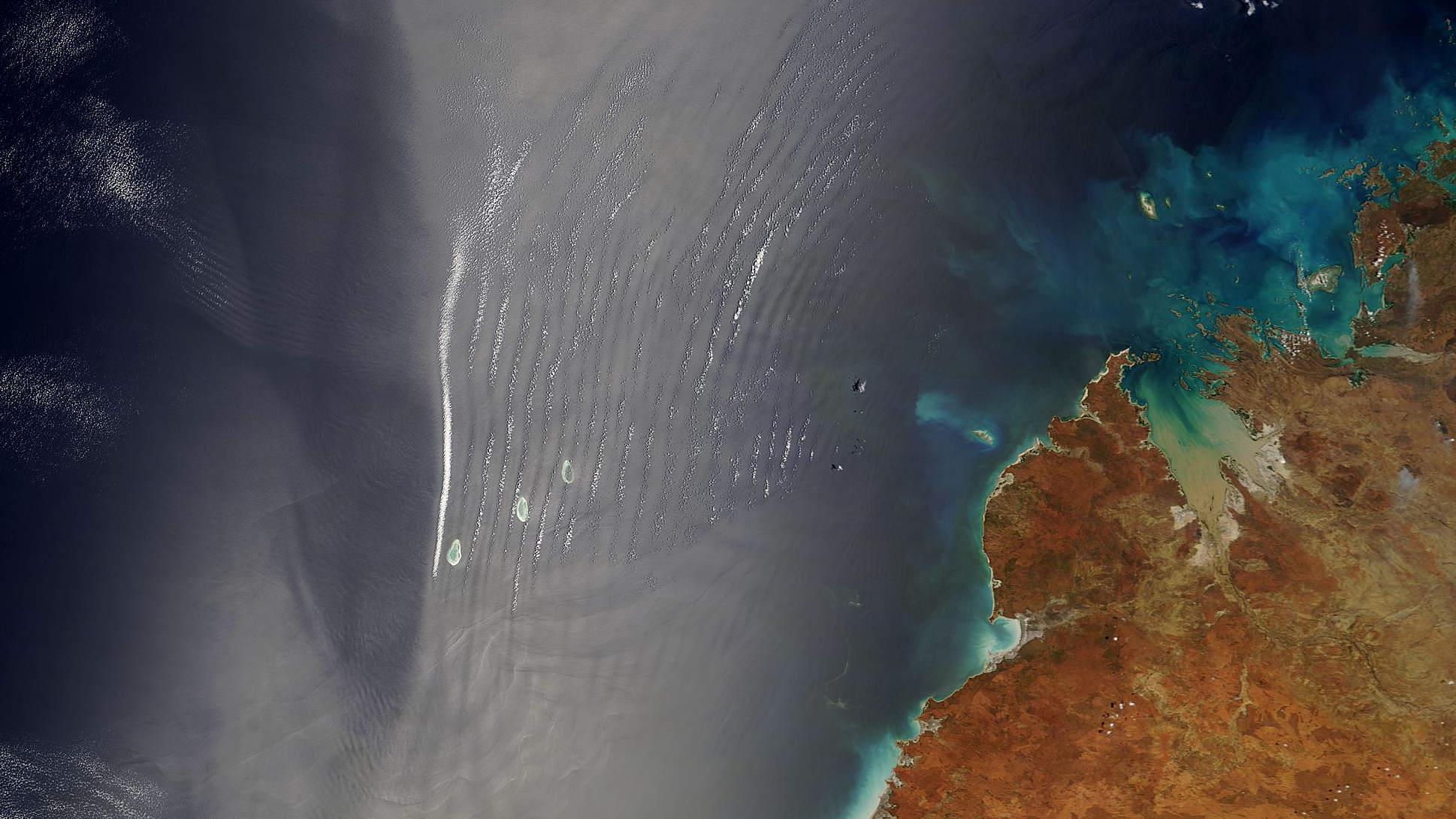 What I’m assuming happened is at around 23km the balloon entered the gravity wave and was in it until burst. I can’t think of any other phenomenon which would produce this sort of effect, especially so high up in the atmosphere.

I’m really happy with all that I’ve been able to learn from this one flight that we have done. It has helped immensely with coming up with a model for the simulator that I am working on, and trying to capture a realistic ascent rate for the simulations.

I along with the NOEXC team post our flight data at our github repository for all to view. We hope this enables others to learn, plan, experiment, and in general do better science and engineering than they could without it. Take a look at the data and use it if you would like.

The NOEXC team is always looking to fly new balloons and test whatever interests us. For me I am interested in taking better measurements of the balloon system itself to try and improve on the flight simulator making it all the more realistic.

My good friend Ricky (N8SQL) and I have been integrating the simulator with a web interface for others to use. Both the web interface, and the simulation engine, are open source. We are currently working on polishing the web simulation interface and will link to it when we finish it. Enjoy! If you improve upon it, let us know and contribute back!